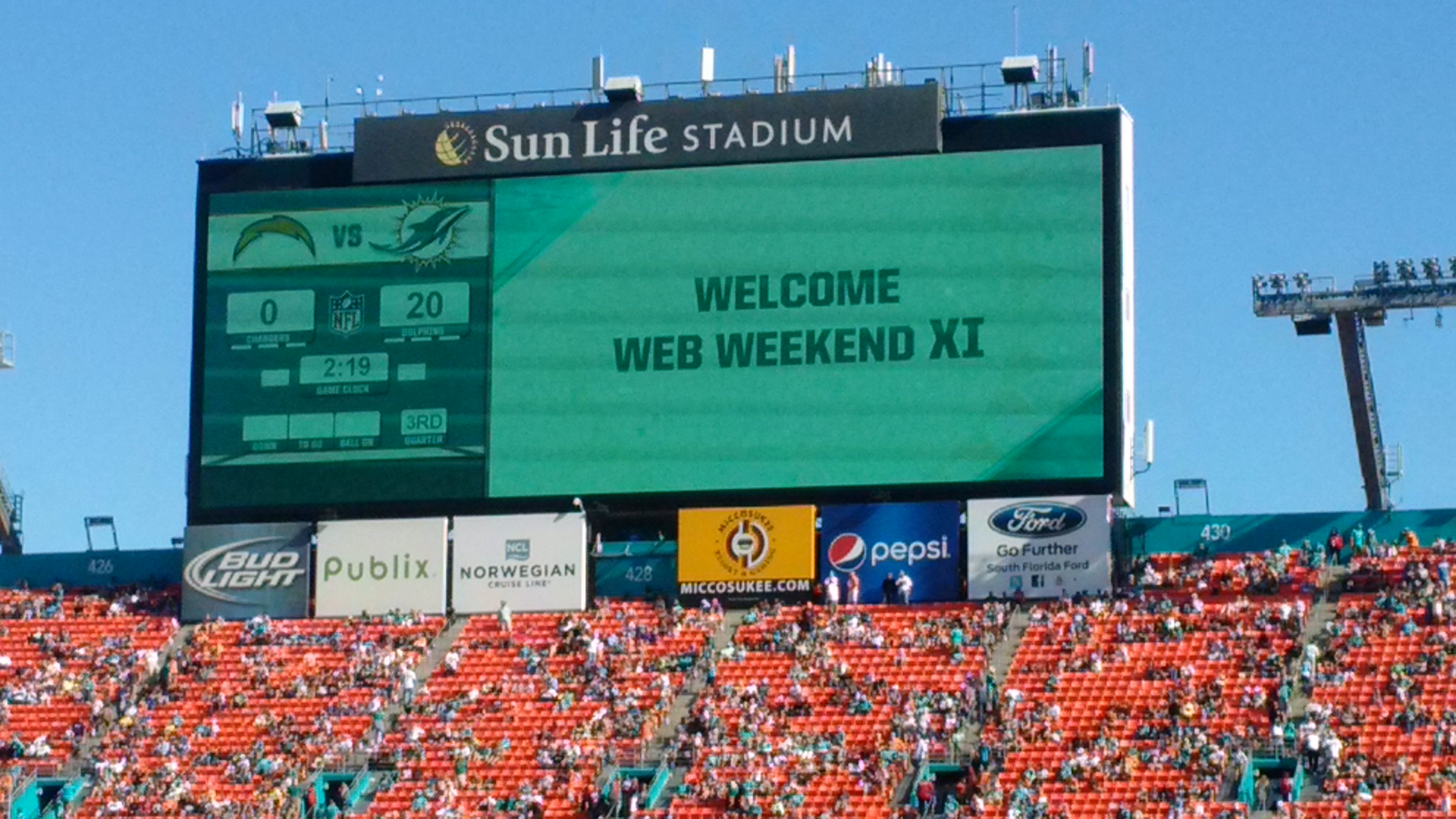 After the charity event, we were hosted to a practice facility tour, including the locker room, practice bubble, and team dining room - the scene of the infamous Jonathan Martin freakout. Dinner consisted of pasta dishes, salads, and cookies.

Later, the webmasters were treated to a schedule of events in the team auditorium, hosted by Finsiders host Greg Likens. Guest speakers took questions from the group, including Dennis Hickey, Tom Garfinkel, AJ Duhe, and Chris Chambers. This is always the best part of the weekend, as the team really opens the door to address the questions fans want to ask. No media spin, no agenda, just curiosity.

Finally, the evening closed up with presentation of the "Webbie" awards. This is where the team acknowledges the fan sites' dedication in several categories. Our friends at Dolfans NYC were the big winners of the evening. They even presented Mr. Garfinkel with an oversized novelty check to signify their $5000 donation to the Miami Dolphins Foundation.

On Sunday, GAME DAY, the Dolphins hosted the webmasters to take in a football game featuring their favorite team. There was a pre-game tailgate party, followed by field passes for pre-game warmups. Lastly, the webmasters were escorted to their seats in the lower bowl for the Chargers game. We couldn't have picked a better weekend for this event.

For the 11th consecutive year, the Miami Dolphins went above and beyond hosting the webmasters during Web Weekend. They don't HAVE TO do this. I'm guessing most teams don't. We are just a bunch of shmoes with a keyboard and an internet connection. But the Dolphins have wanted to maintain this relationship with their fans, and we certainly appreciate it. Huge thanks to the entire Miami Dolphins organization for the candid access and the entire weekend. We certainly hope to continue this tradition, and relationship, for the long term.